For nearly 20 years, Martin has been involved in Theatrical Adjudication, Reviewing and Assessing theatre performances. This involves reviewing stage productions as part of an organised Theatre Festival or as one-off reviews/critiques independently, for publications (magazines and newspapers) or on commission.

For several years he adjudicated the Full Length Festival for the Greater Manchester Drama Federation, their One Act Play Festival and most recently, the Partington Theatre One Act Festival. In addition, he has adjudicated the Manchester Musical Awards twice.

Although not a member of the much respected organisation, GODA (Guild of Drama Adjudicators), Martin has brought a wealth of experience in performing, directing and writing to this area of his work. Added to this, his professional experience and qualifications in assessment, evaluation, coaching and training have allowed him to develop a process for adjudicating which is well established, respected and fit for purpose.

In addition, his experience in adjudicating is supported by his numerous published reviews and articles (including literary reviews) in newspapers, magazines and online. This has also led to him delivering talks and workshops on the subject.

Martin has now combined his experiences of adjudicating and curriculum design to produce an introductory training package for aspiring Theatrical Adjudicators which has been very well received and is available for delivery.

These are as the name suggests a programme of one act plays, performed usually over a week at one theatre to a paying audience. They are sponsored/organised by a local Drama Association of Festival but there are also nationally organised festivals. At the end of each evening the adjudicator gives a verbal critique/assessment of the pieces performed. By the end of the Festival week, the Adjudicator will usually annouce the winners of that Festival to the audience on the last night based on a number of categories covering acting, direction and technical elements to name but a few. There may also be written assessments subsequently produced by the adjudicator for the performing companies.

These usually span a complete performing season (e.g., from September through to May) and the adjudicator is again commissioned by a local (or national) Drama Association or Festival covering a large catchment area of theatres and performing companies, to visit the productions of those companies, produce a written assessment (usually) of the production which are then provided to the companies and then form the basis on which the adjudicator decides who has won the numerous catergories/awards within that festival. The awards are invariably announced at a presentation evening at the end of the season. 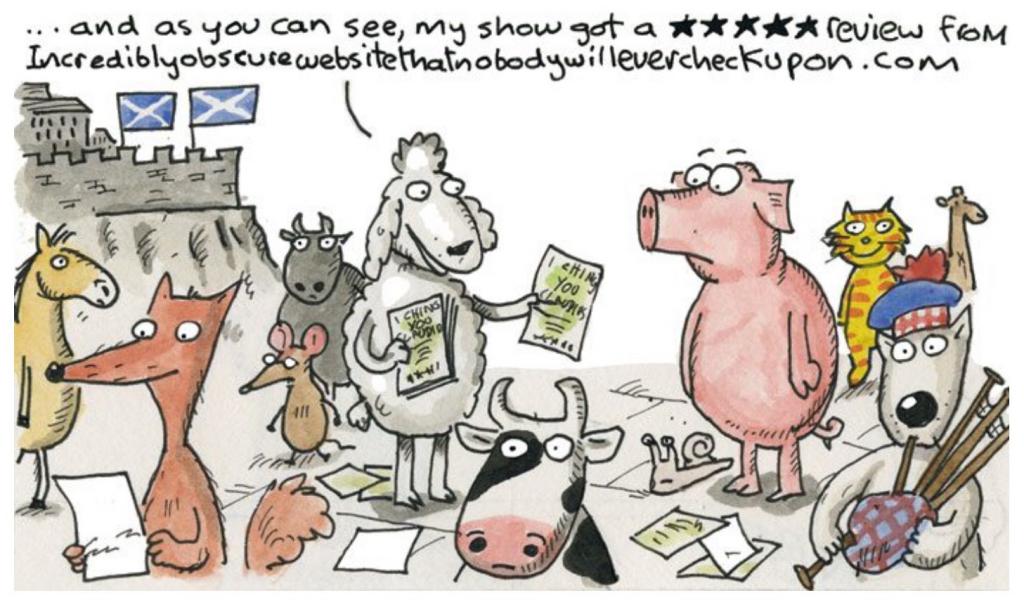 Martin is able to provide a review on your first or preview night which will be published online using his own social media feeds and also yours - that night!

In this way you get a quality and honest review and get it out there to your audiences in time to hit those all important ticket sales.

You will also be given permission automatically to republish, repost, edit and reference as you feel appropriate as long as the author is credited. Apr 4, 2019
Audience Feedback for 'The King's Orphan': "“What a gem! ‘The King’s Orphan’ at Guide Bridge Theatre. A script that moves an audience from tears to laughter and back again - not just once but again and again. A powerful piece of theatre Martin Paul Roche.”
Continue Reading >

What the audience thought... "Is there anybody there?"

"Pure brilliance" ... "Absolutely gripped" ... "Excellent script" ... "Brilliantly acted" ... “A very original and entertaining piece of theatre” ... “A really thought provoking play. I loved it … what a mixture of emotions” ... "Really enjoyed last night. Great play, funny and dark at the same time. Highly recommended" ... "Brilliant in every way. Totally loved it. Well done to all of you. Martin has such excellent writing skills; I actually couldn't wait to get back in the theatre at the interval to see how things panned out. Totally awesome" ... "Seriously, the play was fabulous. Get down there this week."

You appear to have Javascript disabled. Some of this site’s features require Javascript to function.